In which I rant in length about my disdain for bobbins

I adore sewing. I’m not just talking about the finished products; I’m talking about every aspect of it: The whir of the electrical motor, the clicking sound it makes when the presser foot is lowered, the sensation of pushing the pins into the fabric, the movement of the fabric under my fingers as it’s pulled and stitched. The whole thing is like a soothing symphony. 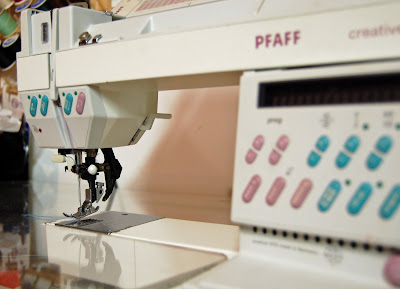 However, there is one thing about it that irritates me above all else: bobbins. You see I hate winding bobbins. I despise it. I think because they’re such a distraction when they run out. I could be right in the middle of a nice long stretch and the bobbin runs out and I have to stop and unthread the machine, and thread another bobbin and then put it in – it totally disrupts my rhythm. It’s like the orchestra stopping in the middle of Beethoven’s 5th because the lead violinist has to take a piss (see how I worked in that symphony analogy from paragraph one? That English degree is paying off now baby!). 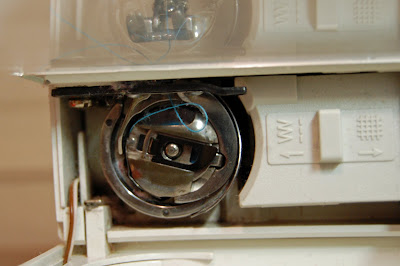 I try to combat these interruptions by preparing ahead. If I’m working on a large project that I know will require more than one bobbin, I usually wind as many as I think I will need ahead of time, before I even begin sewing. This way when it runs out I simply have to replace it and don’t have to unthread, wind a bobbin, and rethread one.

This helps a little bit, but it’s still annoying. Speaking of annoying, doesn’t it always seem like it runs out when you have 3 inches left to sew? Every stinking time! You’re sewing along, you’re in the groove. As soon as you finish that seam you’re on your way to the next exciting step in your garment/project creation, and boom; bobbin thread runs out with an inch and a half left to go.

Or my favorite is when I’m working on something large and/or unwieldy, and I’ve just spent a good 3 minutes and performed several yoga moves that I didn’t even think were humanly possible, to maneuver it underneath the presser foot, I make 3 stitches and BAM – out of bobbin thread.

And don’t even get me started on how much thread you waste by having all these little leftover bobbins with varying lengths of thread on them. 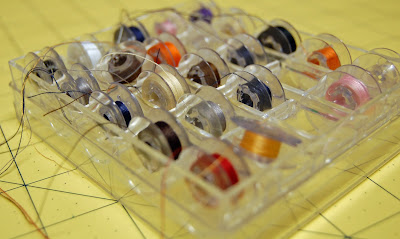 Strollers and Diapers are not nearly as cute

My friend Angie is expecting a baby girl and while I could certainly purchase something for her upcoming baby shower off her baby registry, what would be the point? 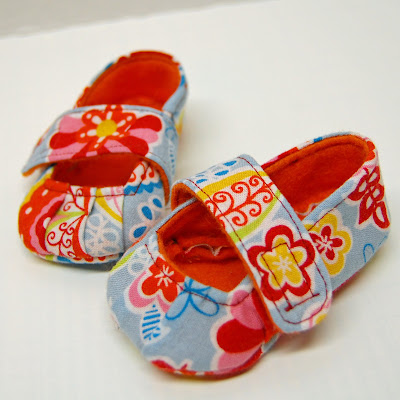 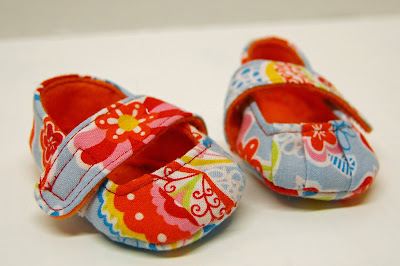 These are my favorites: 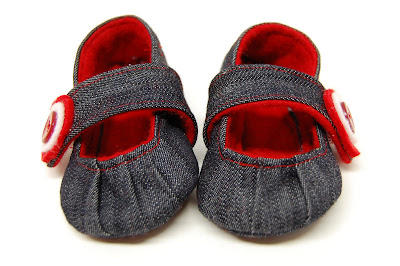 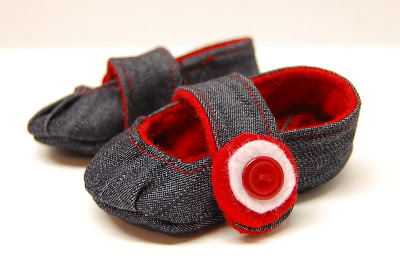 And of course a hat. 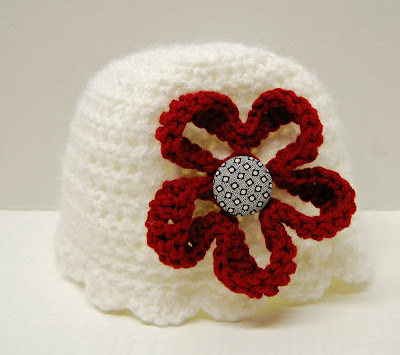 But as I gazed upon the cuteness of my creations I started wondering; "Why didn't I make my own daughter some cute stuff like this when she was a baby?" And then I remembered why. Because she was my 2nd child and quite frankly I was just too damn exhausted.
So congrats Angie and prepare yourself for the ensuing fatigue!

* baby booties were made from a free tutorial at shwinandshwin. Check out their site, they have great tutorials!
*crocheted hat was made from the scalloped beanie pattern by InnerHooker
Posted by Pin and Paper at 8:58 PM 1 comment: